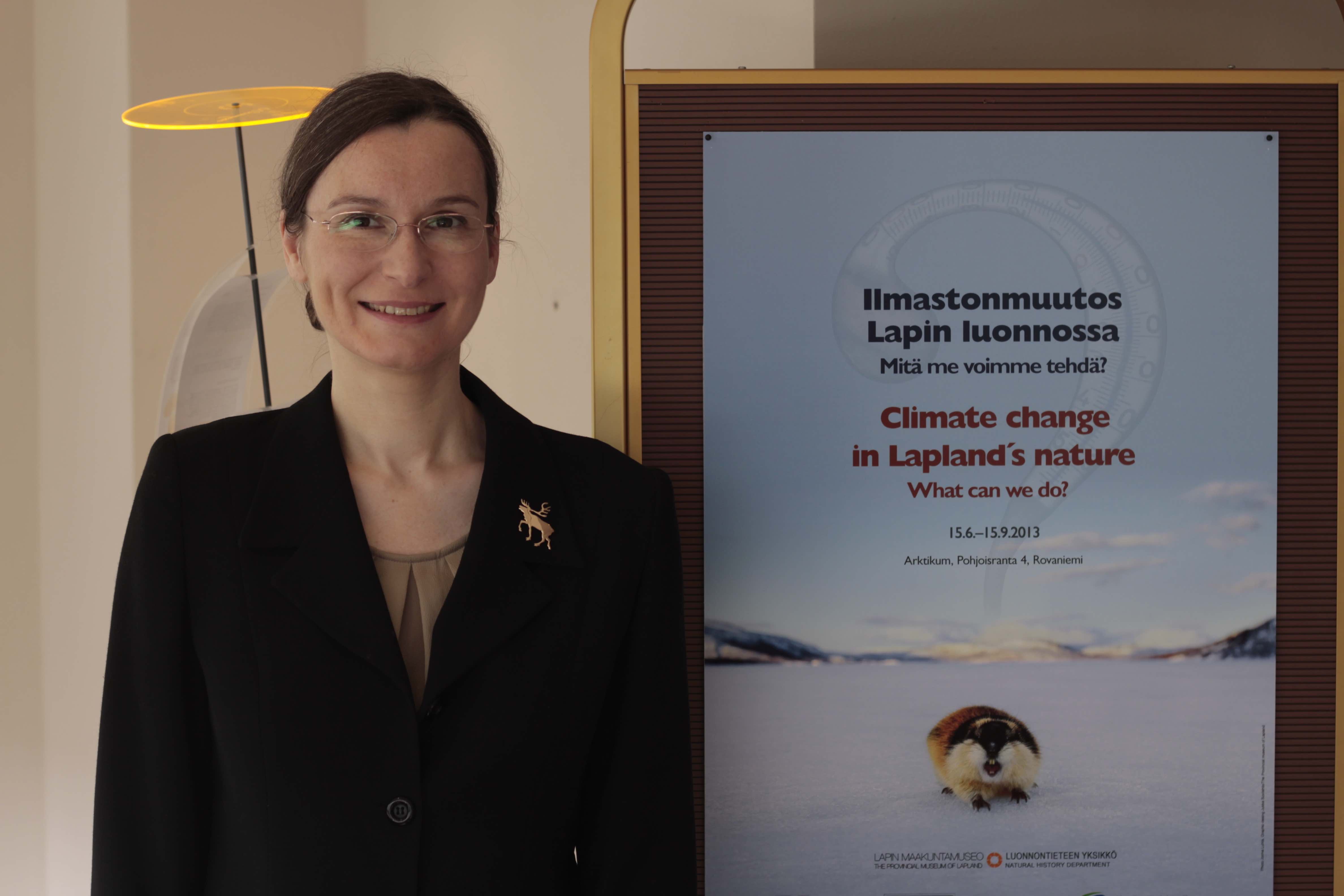 Stéphanie C. Lefrère, French citizen, exhibition commissioner and former curator of the department of Natural History of the Regional Museum of Lapland from 2011 till 2016, has been living almost 18 years in Lapland.

Attracted to arctic regions and animals from a very young age, Stéphanie arrived  in Finland to study mammals’ behavior after her studies in biology and animal behavior were completed. With both solitary experiences in the field as well as being a team member in the taiga for many months on the trail of wild moose, she moved to Lapland to study the life of reindeer. Stéphanie presented her PhD on reindeer behavior at Sorbonne - René Descartes University on 2003.

As the result of focused and dedicated study, she has created an exhibition named “Climate change in Lapland-What can we do?” with the aim to raise public awareness worldwide and to educate children about the on-going threat, as a way to protect this fragile nature so little is known about.  Stéphanie C. Lefrère has made the first original compilation of the scientific data regarding the effects of the warming on the arctic species in Finland, more specifically in Finnish Lapland, which was ready to be displayed to the public already by June 2013. - Her exhibition knows a real international success and tours in many countries ever since. The scientific content is updated regularly.

THE LECTURES & WORKSHOPS
Dr Lefrère has given lectures to individuals and/or to groups in Finnish, English and in French for a duration varying from 15 minutes, to half an hour and one hour.

The lecture consists of a complete guided tour of the exhibition with explanation of the poster content while making the public to participate actively by asking questions. For the pupils, the lectures have varied from 30 minutes to one hour.

❖ For classrooms
Same duration of the visit and if 2 hours of visit, plan 1 h guided tour + 1 h workshop.

If you would like to have the exhibition in your Museum, Municipality or Institution, please do not hesitate to contact Stéphanie C. Lefrère: